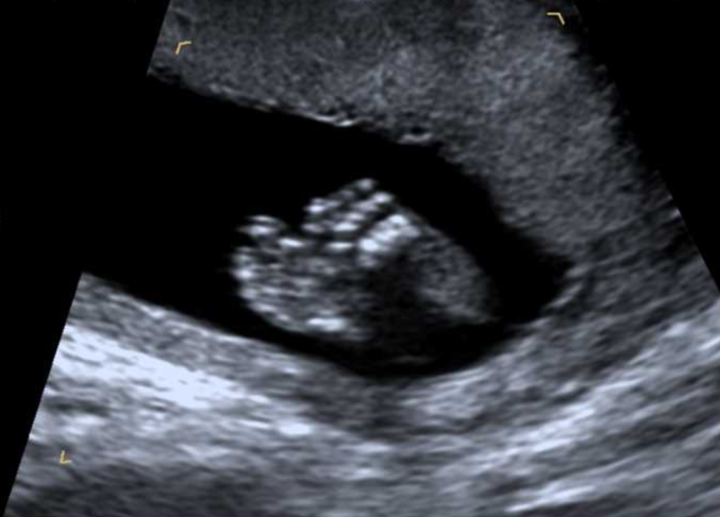 I was throwing up up until 17 weeks so at this stage I was still feeling pretty rubbish. Before pregnancy I was under the impression that you would only be sick in the first trimester, boy oh boy was I wrong. Annoyingly, and gladly, I got so used to being sick that by the time I was no longer throwing up, it didn’t bother me as much.

Imaging during this time was my 20 week anatomy ultrasound. Almost as cute as the 13 weeks scan where you can see the entire baby from head to toe, but I got to see all her organs and be reassured that she’s doing great! Also got to find out that she was a she! I was told at the NT scan that I was having a boy and spent 6 weeks looking at boy themed clothes and nursery designs, picking out boy names. Safe to say we were shocked when we found out we were having a girl instead!

I also started showing as well finally. Given the green light that everything was fine after my 13 week scan, and started to pop out, telling people felt so good. To everyone at work, there was finally an explanation as for why I was having time off or making extra trips to the bathroom. On that note – I didn’t feel like she was truly bouncing on my bladder until about 15 weeks. At which stage when the urge hit me to go, best believe I was waddle running to that toilet.

Something I never thought I’d miss either about being pregnant – and there isn’t much, as it isn’t as magical as everyone makes it out to be – is not having to weave my way through crowds. Walking through the grocery store or down the street or around work and not having to duck my way around people or stand to the side to let people walk by. Having a belly popping out and a waddle setting in meant people gave me a wide berth and were patient with my slowing walking speed.

Fatigue during this trimester got a tonne better. Not immediately – at 13 weeks things don’t change overnight. Slowly but surely getting up was easier (energy wise – it’s actually quite difficult to roll over painlessly when you have a bowling ball on top of you and your abs are disconnected) but I found myself getting worn out much faster. A mid-morning and mid-evening nap were essential for making it to dinner, and then once I had eaten, I was gladly in bed by 8.30pm.

Of the three trimesters – I would say this was both the funnest and hardest combined which made it kind of weird. It was fun in the sense that I was able to stop vomiting involuntarily, I could go out and not think about where the nearest bathroom was in case I needed to hurl. Hard, because I was really starting to grow which meant belly pain from my muscles separating, harder to move around painlessly, and people began to touch my belly without my permission – which is always awkward.

It did feel good to finally make it to the halfway point. To know that I made it that far, all I had to do was make it the same amount of time – hoping with less nausea – and I would have my baby here. The 20th week of pregnancy, it really did feel like I hit a little achievement unlocked box.

This site uses Akismet to reduce spam. Learn how your comment data is processed.